My Opinion on When I See You Again: First Impressions

My Opinion, Taiwanese Dramas and Movies June 29, 2015 Leave a comment

I love it when the holidays come because this means I can just sleep, eat and drama without any other worries in life. With more time on my hands, this means I can load myself with more dramas, which is just the perfect way to spend my semester break. One of those dramas on my current watching cycle is the current SETTV Sunday-night drama When I See You Again. Unlike its predecessor Someone Like You, which was a melo drama, SETTV has reverted back to its roots of rom-coms, something that is right up my alley. WISYA has all of the elements of a SETTV rom-com and while SETTV doesn’t necessarily always make the best dramas, its rom-coms are always light, fluffy and easy on the eyes, something that is much needed after studying intensely for the past semester. WISYA is a very typical SETTV kind of rom-com, set in a village environment with lots of cutesy interaction from the two leads.

The writing is very SETTV-style, and this is a very SETTV-style rom-com. It’s the typical rich beau, bumpkin girl kind of rom-com. They are meant to be together but misunderstandings draw them apart but fate has it that they cross paths again and this time they are given a second chance at their relationship. What WISYA differs from the other SETTV-style rom-com is that the OTP were not previously romantically involved with one another, rather they were merely just friends with one another. Misunderstandings drew their friendship apart but at that time they were already developing feelings for one another. This time they meet again and get to truly fall in love with each other.

WISYA is exactly as the title says; it is about Xia You Qian (Jasper Liu) and An Xi (Mandy Wei) who meets again after a long period of no contact and are given a second chance to reassess one another. You Qian is the Chief Investment Officer for Ocean Co. while An Xi is the owner of the hostel Lunar Maria that was left to her by her late father. Too bad she is also left with a huge debt that her father racked up in his lifetime and the creditor, Jiang Hia Kuo (Gao Meng Jie) is head over heels for An Xi, nicknaming her “An Du Du” and using the debt to try to force her to marry him. Back in their high school days, You Qian and An Xi were very good friends and he even had a crush on her but her one utterance changed him and their relationship forever, causing him to leave their niche village and his high school self for good. 10 years and You Qian is a changed man as he steps foot back into his former home village. But one thing that hasn’t changed is his heart for An Xi and this time around he gets a second chance to view who she is as a person and confirm why he fell for her in the first place. 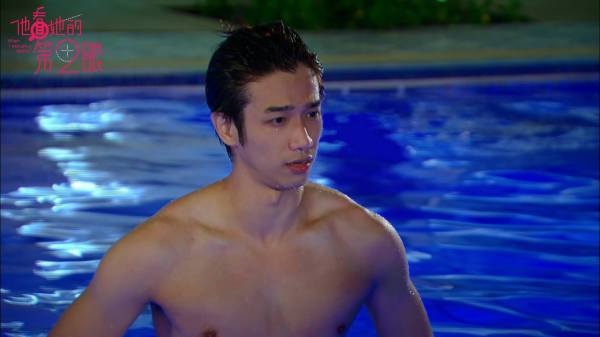 You Qian is smart, handsome and well liked by the people around him, but he wasn’t always that guy. In fact, he was the nerdy bookworm in high school with the only attention that he attracted being bullies. He was mocked and pushed around by those bullies and could only just stand and be bullied by them. That was until one day when An Xi appeared and stood up for him in front of the bullies. Her sincerity won his heart and even to this day he can’t help but still linger for her. 10 years ago, she saved him but this time around he will be the one saving her. She stood up for him and changed his world but this time around he is going to change her world. Back then he was a shy high school boy but now he has the courage to not only face his opponents by also put up a genuine fight. There is without a doubt that An Xi has a big impact on his life. She has changed him, and in doing so he has changed himself. He has not only given himself a fashion and beauty makeover, but has also given himself a self-esteem makeover, something that An Xi ignited. 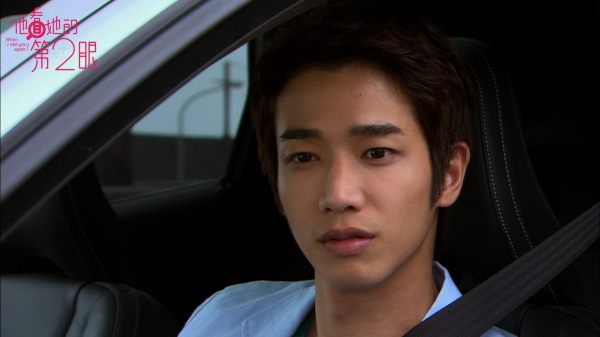 You Qian is known to make accurate assessments of people on his first sight of seeing them but the question here is whether he made the correct judgment when he first saw An Xi? She stood up for him when no one world, she was there for him when no one was and she was friends with him when all that people would do was bully him. But her one utterance and that completely changed his impressions of her. However, meeting her again, she brings back all of his past memories and triggers his heart once again. No matter how hard he tries to stay away from her, he can’t help but position himself closer to her and help in whatever way possible.

An Xi is a very down-to-earth girl willing to help anyone regardless of whatever the cost may be. She is very diligent and willing to work hard. She takes on multiple jobs and runs back between her part-time jobs and her hostel just to earn money for to repay her debt. She even almost sold herself into marrying Hai Kuo just to repay the debt but luckily You Qian came just in time to save her butt least she married to someone who she does not have the heart for. Even though she is in a very dire financial situation, she still manages to go on with her life happily.

It’s pretty interesting that An Xi does not remember You Qian even on bit. I guess he has gone through a very unexpected drastic change, which could explain why she doesn’t remember him. It would be interesting to see when An Xi discovers that he is the You Qian from her high school days. He fell for her at first sight but she only saw him as a friend. This time around, it will be them finding love in one another.

While WISYA is doing quite a good job in pushing the drama forth, where it falls back on is the backstory as to how it got to its current stage in the story. There are bits and pieces floating around here and there but it doesn’t really centralises on what exactly happened that lead to You Qian and An Xi’s relationship breakdown and that is what is making it difficult to connect with their backstory. Since this backstory plays a vital role to the drama progression and their relationship development, it would be worthwhile if the drama actually works on integrating this with the current developments. An Xi has something about her that captured You Qian’s heart but she then broke his heart with her one utterance but so far that one utterance does not have much weight to it. The drama has placed in a great deal to emphasise on that scene but without ever giving much explanation. The drama is very light on the eyes but analysing this scene is making me frustrated because it doesn’t serve much to the drama itself. It is merely just a flashback point to their previous encounter and helps to establish their relationship that was built upon 10 years ago. 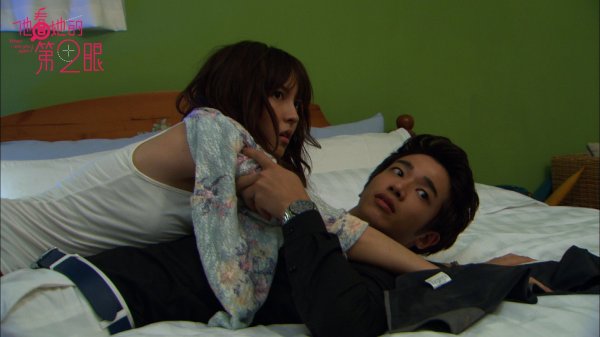 I don’t quite sense the chemistry between Jasper and Mandy yet but chemistry is something that can be built with time. Their interactions with one another is still quite raw. When they act opposite one another, they don’t really give off that sweet, cosy vibe. They are able to bring across their own individual characters but have yet to really set the tone of familiarity. Since their characters have a backstory, familiarity is vital to their relationship development. Since An Xi does not remember You Xian, I can give or take on the familiarity aspect but overall, for their relationship to have heart to it, it would be nice to see more of that familiarity tone, which will hopefully settle in soon. 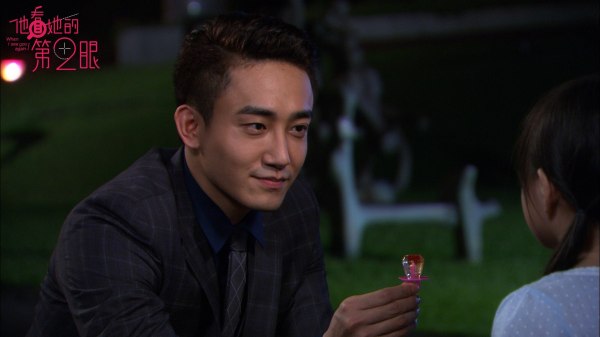 Most dramas have the set-up of one male lead, one female lead, one second male lead and one second female lead but so far the second leads have yet to make their appearance. The drama is essentially striving on the two leads right now and really I wouldn’t mind just watching them two just freely fall in love with one another. However, a drama is a drama and it wouldn’t be a drama without the drama essential elements. Second leads play a vital role is any dramas as they are there to support the OTP’s relationship progression but so far the second leads haven’t really played their part. This is a only first impressions post based on the first two eps so there is still ample of time for the second leads to play their part. In saying so, currently WISYA has released five eps but the second leads have barely made an appearance! Second male lead Hu Yan Ze (Jet Chao) briefly made a two-minute appearance at the end of ep two while the second female lead Hu Yong Qing (Ivy Shao) will have her brief appearance in ep five. I haven’t seen up to that far yet some work needs to be done on developing the second leads or at the very least, bringing them up to the screen.

WISYA is of a pretty average drama following through with a tried and tested formula. It is also a typical rom-com with lots of obstacles for the OTP to cross before they are allowed to be together for good. I don’t see this drama going haywire unless it tries to set itself up to be out of the ordinary but otherwise it is something very watchable with lots of fluffiness going on. There’s also some pretty nice eye-candy in the form of Jasper who is just of pure adorableness. Of course Jet is also an eye-candy too. I like what I am seeing; it’s quite appealing and very fluffy. 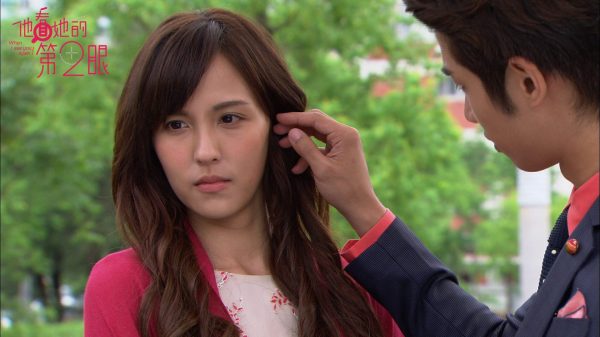 Click here to watch When I See You Again.

Tagged: First Impressions, My Opinion, Review, Taiwanese Dramas, When I See You Again