My Opinion on When I See You Again: Episodes 3-6 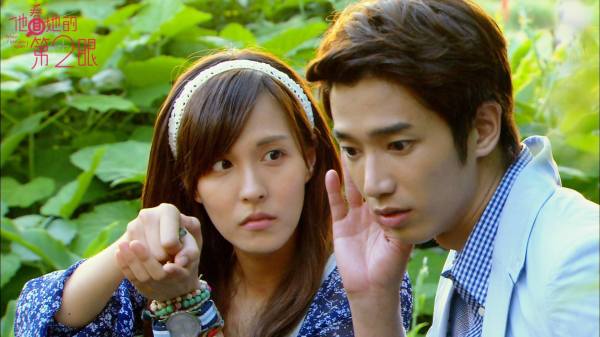 When I See You Again continues to be very light and fluffy, something that rests easy on my eyes. I have always been more of a rom-com kind of gal and as long as the drama is nice and fluffy enough, I will be sure to have some sort of liking towards it. WISYA is that kind of drama and continues to build up with lots of fluff which is just my cup of tea. These few eps gave the drama an overall backbone, something that the first two eps was a bit wobbly in doing and now is revving up the romance. It really set in ground the shaky beginning that was introduced in the first two eps. These few eps also firmly directed where the drama is to be headed. I think that’s really nice because the drama was quite slowly paced in the first two eps and took its time to settle down and into the main intention of the drama.

There is more development to the plot with these few eps and more background story to the past that connected An Xi and You Qian together. More importantly, the puzzle behind why You Qian has such an irking towards An Xi is finally coming together as we get to see more of his first impression of her and why he fell for her. This was an issue that I had with the first two eps as the lack of a backstory to their relationship made it difficult to follow but I think now that with most of the backstory, or as much as the drama is willing to give, set in place, it has made their relationship easier to follow along. You Qian had a crush on An Xi during their high school days and 10 years on, his heart still flutters around her. An Xi may or may not have fallen for You Qian 10 years ago, but 10 years later her heart definitely flutters for him.

Despite the development these eps, the biggest problem for this drama will be the plot. The plot is too light and dandy and I feel like we are stuck in the same setting from ep one. While there definitely has been a substantial amount of developments these eps, the overall development between An Xi and You Qian has not moved much. It took two steps forward and then took those two steps back. We are still stuck in the cloud of what exactly happened between them during their high school days that made their relationship the current way it is. We are given bits and pieces of what happened from both An Xi and You Qian’s individual point-of-view but never the full story of what exactly went on at that moment when You Qian went to confess. That would be okay if the drama knew where it wants to head but it’s kind of just stuck with this part of the story and repeatedly plays through this part of the drama over and over again. This makes the pacing slow but what’s unique about this drama is that although the pacing is slow, it doesn’t feel that way. Plot-wise, definitely, it is progressing quite slowly but the fluff keeps on chugging along and the drama is really light-hearted that this smothers the slowness of the plot.

Another big issue I have is with the second leads and the pacing of the plot is more so evident with the second leads. It’s been six eps, meaning we are about a third of the way into the drama but the second leads have barely been established. Hu Yan Ze (Jet Chao) made one very very brief appearance in ep two and since then we have not seen from him. Hu Yong Qing (Ivy Shao) has had more screen time but even so her role has been quite minimal and they are restricting her to this bitchy second female lead character from the get-go. That wouldn’t be a problem, except there isn’t much to her character yet. The drama is too heavily focused on the OTP, which makes sense since they are the focus of the drama, but the drama is neglecting the second leads and this is impacting on the pacing of the plot. 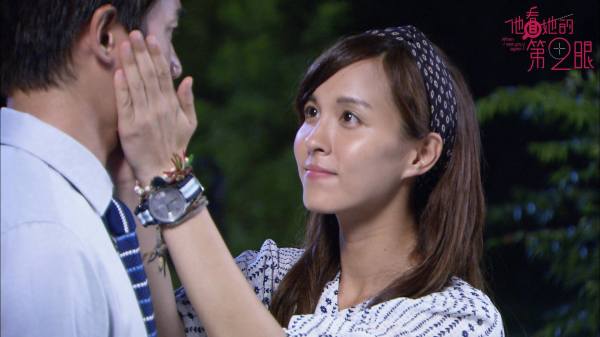 An Xi is a caring, kind-hearted and independent woman who is not afraid to stand up for justice while You Qian was once a shy, timid and lonely school but that all changed when he met An Xi. An Xi changed his world completely, bringing him that sense of happiness to his life when all that others would do was look down on him and bully him. She was his first love and she was also the one who broke his heart. Not only did she change his world, but he also changed him as a person. No longer is he the coward guy that he once was, he is now a very confident guy who girls’ hearts flutter for, including hers, but little does she know that he is the very same guy who stood before her 10 years ago. 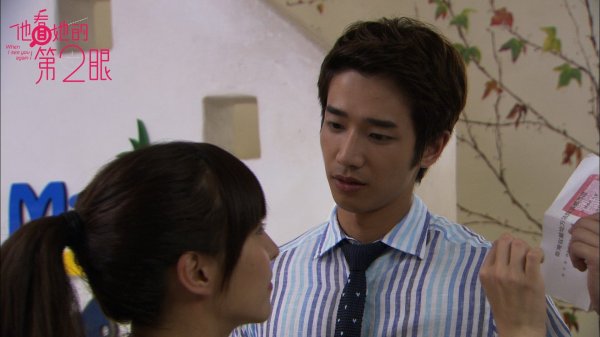 I like You Qian but I feel quite indifferent towards him. He has this dual personality whereby his heart is telling him one thing but his mind is telling him another. It’s clear that he still likes her. Seeing her in need of a helping hand, he was very ready to extend that hand. But then he takes that back. She broke his heart and was indirectly the cause of his accident that completely changed him as a person. He resents her because of this but his heart can’t help but still linger for her. One minute he has that resent with him but then the next he is ready to pursue her.

An Xi and You Qian are really cute to watch and I really do think the light, fluffy nature of this drama makes them more adorable to watch. It’s those moments such as when An Xi takes the effort to buy him lunch even though she was adamant to starve him and inviting him down for dinner even though she knows that his “girlfriend” is here with him and how tries to maintain his cool pose but really deep-down his heart goes all wobbly on the sight of her that makes them so cute to watch. An Xi are such cute characters and I love how simple they are written to be, which, along with the fluffy nature of the drama makes them adorable to watch. The chemistry is still not quite there yet but I think it’s manageable and something that the light and fluffiness nature of the drama can easily overshadow.

In fact, the light and fluffiness nature of the drama pretty explains for the most part of the drama. The pacing of the plot may be slow and the second leads have yet to be established, but the writing style is actually quite enjoyable when translated on-screen. It is light and fluffy enough to cover for the issues with the drama mainly because there is enough of that airy fluff to keep pushing the drama forward while never emphasizing on the issues. The nature of the drama just works for the drama and without much effort and this works for the viewers as well, which is translated with the ratings. Of course, the ratings do not reflect a drama’s quality but it does reflect the audience’s engagement with the drama and in this case, it is quite engaging.

This drama doesn’t stand out from the sea of rom-coms out there but something about it just makes it engaging to me. It’s pleasing to the eyes and despite the slow pacing that can do with a push, it is chugging along finely at a very even pace. A drama that is enjoyable is also one that is engaging and WISYA is just that kind of drama. It just really needs that push because the drama is moving along way too slowly against its story progression.

Click here to watch When I See You Again.

Tagged: My Opinion, Review, Taiwanese Dramas, When I See You Again

8 thoughts on “My Opinion on When I See You Again: Episodes 3-6”