My Opinion on From Five to Nine (5-ji Kara 9-ji Made): First Impressions 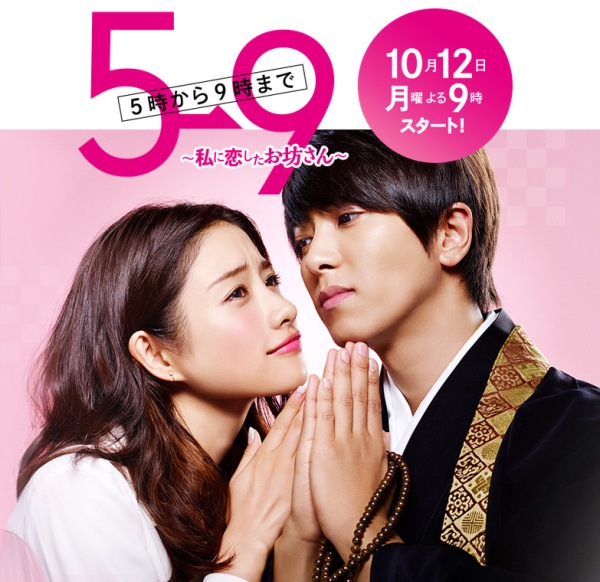 Oh, I am hooked, seriously hooked onto From Five to Nine (5-ji Kara 9-ji Made) and I’m pretty sure that this isn’t a good time to get hooked onto any drama as I should really be studying for my exams. But once you’re hooked, you’re hooked and there’s no way out. 5–>9 is such a sweet drama; it’s captivating from right from the first ep and has a very luring charm to it that one cannot resist. It lured me in right from the very first ep and now I just cannot get enough of it. 5–>9 is a drama adaption of the manga of the same name. The manga is said to have more of an arousing theme to it while here that theme has been toned down significantly to better suit TV purposes which makes sense and is actually working well for the drama as it creating balance and smooth progression for the plot.

The plot is what makes a drama a drama and for 5–>9, the plot is one that has been very nicely structured making this a very nice drama indeed. Sakuraba Junko (Ishihara Satomi) and Hoshikawa Takane (Yamashita Tomohisa) are two very different people. Junko is an English teacher with dreams to work and live in New York while Takane is a monk devoted to serving his temple. They both have very different plans with the direction they want to head in life but yet fate has brought them together. They met out of a chance encounter and while Junko saw it as a chance encounter, for Takane it was love-at-first sight and he was already out and discussing marriage plans on their second meeting. Dating a monk has never been in Junko’s plans let alone marriage but meeting him has put her life off-track and with her falling for him day-by-day while he falls more and more for her as each day passes by. The primary reason of why Junko is so deterrent towards Takana is more of less because of his career as a monk. It has never crossed her mind that she will cross paths with a monk much less of having to give up her career and dreams to be his wife. I guess this is why Junko has been so unwilling to let him in on her life but the more she gets to know him, the more she opens herself up to him.

Takane is a very nicely written character. He is a deep character but what we have seen is just the surface to him. There is so much to him that we have yet to see and I’m sure they will peak through in future eps. Meeting Junko, he pretty much had it settled on the spot that she is the one for him. Although she isn’t all that keen to accept his kind-heartedness, never does he give up, even despite the fact from disapproval from his grandmother. He doesn’t let Junko’s rejections get to him and instead comes back with even more determination to win her heart, and he knows that crabs is the way to her heart. He is very tentative towards her and wants to be there for her when she needs its. Although he wants her by his side, he isn’t controlling of her and wants her to be happy, but of course more than anything else he wants her to be happy when she is with him and he is slowly making that a reality. It was so swift of him to save her day when she had a bad day at work and was struck by heavy rain pour. I found that scene so endearing to watch, just how she warmed up to him and how butterflies flew for him.

There was no reason as to why Takane fell for Junko but there doesn’t necessarily have to be one. The plot is flowing along really nice that I feel like this isn’t necessary for the drama to have to explain. He likes her and that is really all the explanation that is needed. There is nothing as powerful as love and even threats to his current title will not change his heart. Once Takane decides that he will achieve something, he will go out of his way to achieve that. He wants Junko and he will make sure that he gets her. 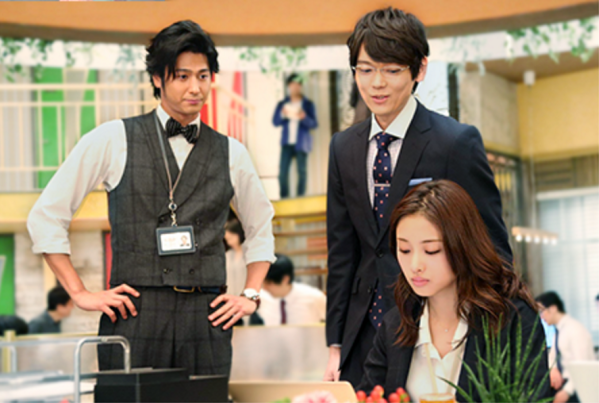 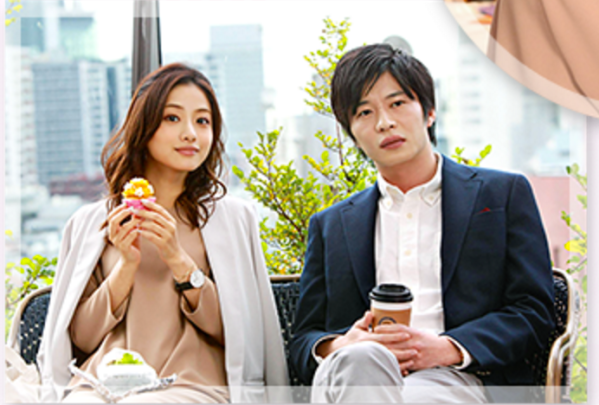 Junko is not short of guys in her life. In addition to Takane, she has Kiyomiya Makoto (Tanaka Kei), Mishima Satoshi (Furukawa Yuki) and Kimura Arthur (Hayami Mokomichi) who could very well be her cup of tea. For Junko I don’t think dating or marriage has even been on her cards now when her family pushed her to it. And just at this time, Takane entered her life. He is nothing like the guy in her life; he is persistent and not afraid to show his feelings towards her. He has a quality that the other guys doesn’t have and with that he will slowly win her heart. In addition to Takane, of the three guys Satoshi is the one who has clear feelings for Junko. It will be interesting to see how Takane responds when there are other competitors for his Junko.

I am liking the chemistry between Satomi and Tomohisa. It’s something very nice to watch. It doesn’t send sparks flying but it is definitely there and brings alive their characters. I love that they are comfortable with each other because it really shows on-screen with their interactions and how they deliver their characters and the naturalness of their scenes. With signs like this, their chemistry is definitely going to get even better with time.

I am really enjoying the drama so far. It is such a delight to watch and very sweet, giving off all of those tingly feelings that one hopes to get from any rom-com. I love the story progression of this drama and the relationship development between Takane and Junko. It’s such a nice watch and can’t wait to the following eps. Ep 4, please come out sooner than later! 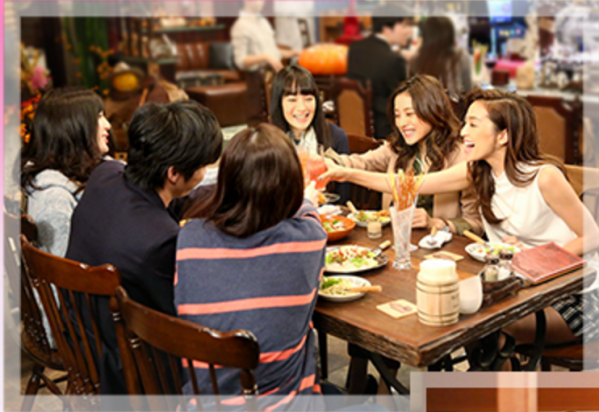 13 thoughts on “My Opinion on From Five to Nine (5-ji Kara 9-ji Made): First Impressions”