My Opinion on Ode to Joy 2 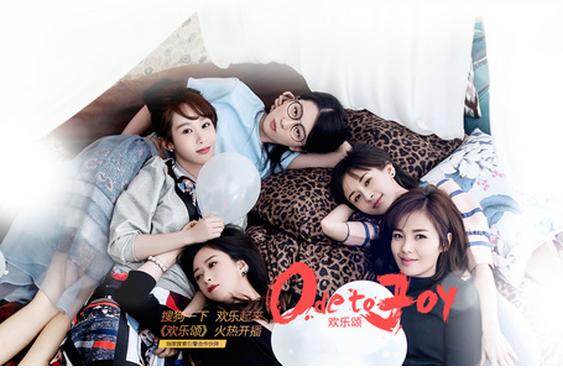 Hey guys! It’s been a looooong time since I last blogged! I’ve missed blogging and dramaing but I’ve been caught up in life with quite a few matters to take care of. I’ve been trying to tackle down uni, which is still a pain to tackle down. This semester has been my hardest semester yet; the units that I am taking is a lot more difficult compared to what I have been taking in previous semesters and this has meant that I needed to devote more effort into these units, not to mention, I’ve recently had some exams to deal with so I’ve been trying to study for that too. Sometimes, I just want to give up on uni but I keep telling myself to keep going. I’m so close to finishing, yet so far! I’ve also been applying for Vacation Programs (end-of-year internships) and although I have not been successful yet, I will keep trying! The truth is, there are so many uni students/graduates nowadays and only a limited number of available positions that firms only hire and take in the cream of the crop. But one can only keep trying and hope for the best. If you try, there is hope; if you don’t try, there is no hope. I’ve also been busy doing work for a uni organisation that I am part of as well as this relatively new start-up firm that I recently got involved with. Not to mention, I am doing all this alongside my current part-time job. So life has just been busy busy busy! Nevertheless, I did manage to squeeze in time to watch Ode to Joy 2.

I adored the first season, so I had to watch this season. Despite being in exam season, I managed to marathon through this drama. There is just something that I love about this drama. Something about it is very enticing to watch, despite the drama sometimes being over the top and just a bit out there. I just adore this drama. I love the group dynamics, which is a very fun, loving and caring friendship. Their friendship is quite different from what we witnessed in the first season. In the first season it was on the rockier side of things as the ladies were in the process of building their friendship, however, here the friendship has already been solidified, so the focus has been more on them, their own relationship developments and their personal growth. However, despite that, the friendship is very much there and only grows stronger day by day. I love that whether it be with directly lending a hand or giving moral support, the ladies are there for each other even on their personal journeys. Despite their different socioeconomic status, it doesn’t stop them from being friends with one another nor do they look down at each other because of it. Rather, they accept each other for who they are and that is what I love most about their friendship.

I adore the five ladies, who are all independent, persistent and strong in their own individual right. They may each have their own personal problems, but I love that each of the girls are there to provide support and love whenever anyone of them comes across a personal problem. They each have different personalities but somehow this just works. 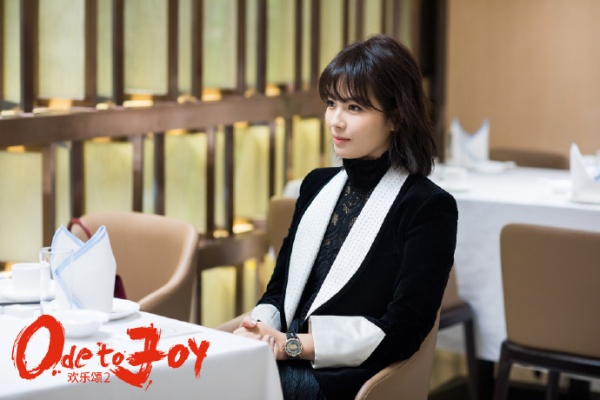 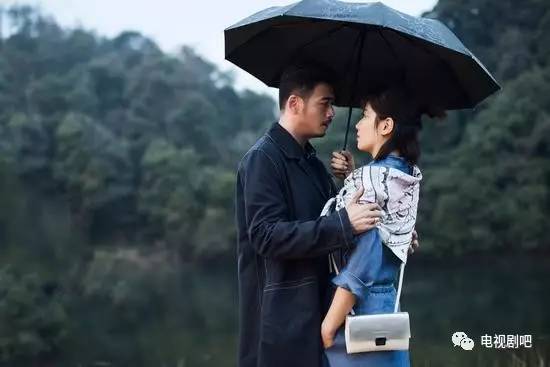 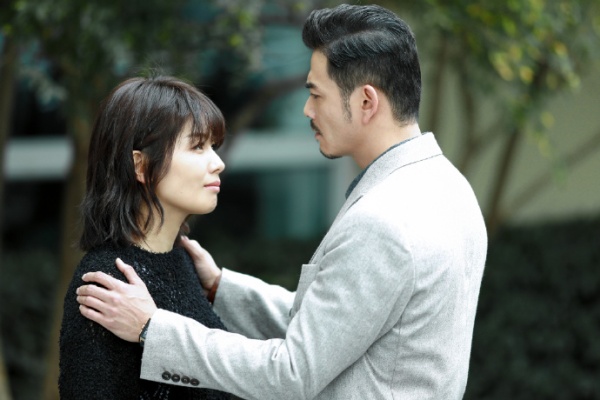 Andy (Liu Tao), is the star of the show. Alpha girl she may be, but I love her warm heart and her desire to make sure that those around her are happy. She is like the big sister that they all wish they had and now have. She is very open-minded, kind-hearted and reliable. I love her. She is very logical and methodically and I guess this is why all the other ladies look up to her as an older sister. She has that charisma, charm and that inner beauty that just makes her so lovable and approachable. Within the group of ladies, she is the one they come running to whenever they meet an issue and she will be there to break down the issue bit by bit and help them to analyse the issue from different perspectives before putting out a possible solution. I just love her; she has this overall charismatic and very motherly vibe that keeps the group together.

Andy has found her Mr. Right with Bao Yi Fan “Baozi” (Yang Shuo). He is definitely a much better fit for Andy than Qi Dian (Zu Feng), who I never really liked nor thought matched Andy LOL. Baozi loves Andy for who she is and doesn’t try to change into someone that she is not, which I felt Qi Dian was trying to get her to do. He sees the beauty in her and I love his persistence to win her heart, because she is truly worth his time. He mended her broken heart from her break-up with Qi Dian and filled that empty hole in her heart. They are such a well-matched pair because they make each other happy. Andy’s upbringing has definitely affected the way she views love, but Baozi is very understanding and allowed her to realise that love is an amazing thing. They get the best out of each other but their relationship is not without its woes. Andy’s personality has challenged her and how she views her relationship with Baozi as well as with his parents. I love that Baozi doesn’t try to change Andy, but just by being with him, it has changed her view on her future as an entirety. Their romance stems from a very deep and mature form of understanding with each other.

Fan Sheng Mei (Jiang Xin) is a very strong lady at two wits with what to do in life. Her life has been tough and still is despite all that she has achieved in life. She has achieved plenty in her life at Shanghai, but rather than being supportive, her family demands and relies on her to support them. This has emotionally affected her what she wants in life. She has a very determined outlook on life, but I think she is really confused with what happiness is. She has been riding on the goal of owning her own property in Shanghai, so much so that she has let that become the top priority in her life and has passed that responsibility to her boyfriend, Wang Bai Chuan (Zhuang Lu). She has let the goal of property ownership override what should define happiness. She wants her own property in Shanghai because that will provide her with the stability that she desires, but is that what will truly provide her with happiness? 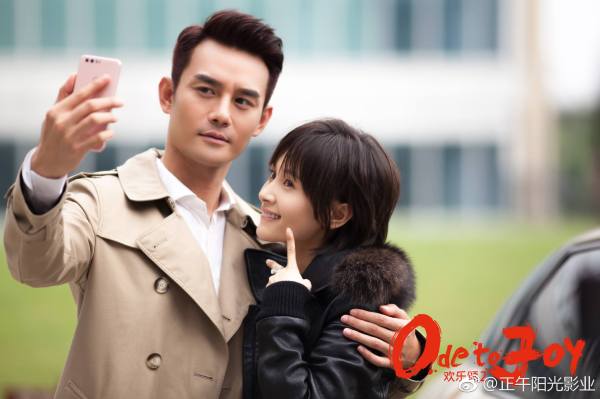 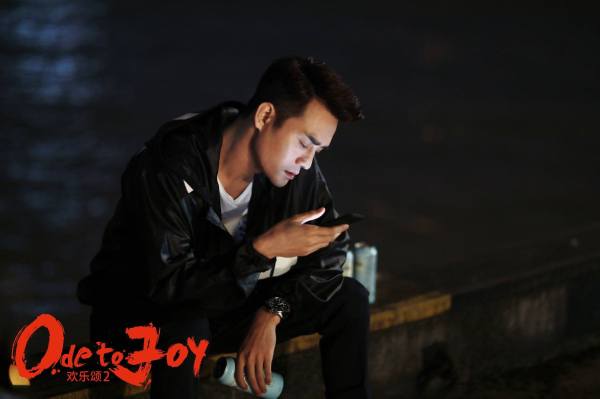 Qu Xiao Xiao (Wang Zi Wen) is just one of those characters that you love but loathe. She might be the most outspoken one of them all, not afraid to be blunt and sometimes her words may hurt others, but she has a very nice heart and is always there to help her friends. While sometimes she may be too rash in her decisions, I do love her quirkiness and what it adds to the overall group vibe. She is a very rational person, and I love that about her. The other ladies can sometimes evoke too many emotions into their actions, but she will be there to slap some rational sense to them and help them to see through the consequences of their actions.

Xiao Xiao is a very independent woman, but sometimes she just needs someone who she can depend on. Xiao Xiao and her doctor boyfriend, Zhao Qi Ping (Wang Kai), have very different interests and they share very different personalities as well. But that is what works for them. Somehow their differences are what makes them so compatible with one another. They just complement each other at the points where their flaws are and bring the best out from each other. I love their relationship and I love that Qi Ping can see through her flaws and be that person for her to lean on. Regardless of what situations she may face, she knows that Qi Ping will be there for her. He loves her for who she is and not because of her socioeconomic status or otherwise. Their relationship has been through some ups and downs and that has brought them closer together. 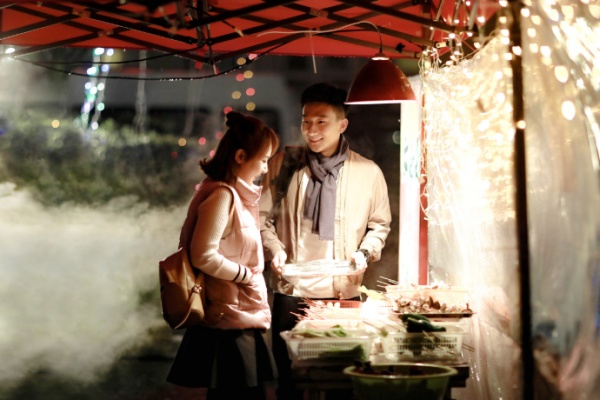 If there was one character that I got most annoyed at during this season, it would have to be Qiu Ying Ying (Yang Zi). After what happened in season 1, this all seems to be a repeat. She definitely has a kind heart and helps to add warmth to the group, but I just found her character kind of annoying to watch, ahahaha. Further to this, I didn’t feel that she had much character development. Her character depth is still pretty much the same as season 1. Ying Qin (Wu Hao Chen) mended her broken heart and gave her love, love that she thought does not exist after what her ex did to her. Despite this new romance in her life, I did not see much character growth from her, which was a huge disappointment for me.

I have been waiting for Guan Ju’er “Guan Guan” (Bridgette Qiao)’s bae, Xie Tong (Deng Lun) to come one and a half seasons ago, and finally, he has come. I think Guan Guan really needed him for that next point of growth. She has watched those around her fall in love and face their own personal love problems and she has been the one to provide a word of comfort whenever they run into those problems but never has she been the one on the other end. That all changed when she met Xie Tong. He is not the type of guy those around her thought she would fall for, but yet he is. Guan Guan is a sweet girl who has always been following along the path that her parents paved out for her. She completed her education and went on to land a full-time corporate position. Xie Tong had a rockier path than Guan Guan; he didn’t complete his education and doesn’t have a corporate job. Despite all of that, he makes Guan Guan happy, and that is truly what matters at heart. He took her on a different path to what her parents planned and he helped her to discover herself and discover who she really wants to be. She has always been sheltered by her parents and even despite living away from her parents in Shanghai, she still lives under their shelter and follows through with what they planned for her. But Xie Tong helped to give her wings and the courage to chase after her own self and own happiness. There are definitely hurdles in their relationship and Guan Guan is starting to experience that now, and I think this leaves a good set up for season 3. I am excited to see how Xie Tong will help her grow and I am excited to see Guan Guan become an even more confident and braver woman.

I adore this series! I love this friendship and despite each one of the ladies having their own hurdles to jump over, at the end of the day they are there for one another regardless of what hurdles they may have had to jump over during the day. I adore this season heaps more compared to the first season, mainly because there were some deep character and relationship developments that I was waiting to blossom. I can’t wait for the next season to see how everything wraps up.