Wow, what a year 2015 has been! I can’t believe that another has just flew by with a blink of an eye. 2015 was a very important year for me, taking some of the biggest steps in my life and embarking on wonderful adventures. I have learnt so much in 2015 about myself and beyond that I would never have thought would have been possible. 2015 was full of challenges and while challenges they were, they were challenges that has helped to shape me into the person that I am today. I found myself quite busy in 2015 with various commitments consuming most of my time leaving me not much time to spare for dramaing. Surprisingly, I watched a similar amount of dramas as I did in 2014 butI found myself being a lot more picky with what I chose to watch. I started the year quite slow with drama-watching as there was not much dramas that called for my attention to watch them. Then the year-end came around and there were a number of dramas that all wanted my attention at the same time. It has been especially hard for me to catch up on my current dramas as I am currently in Shanghai where the internet hasn’t been so great and that added on with my current commitment has made drama-watching less of a priority. Nonetheless, it has been a very eventful drama year and I am quite happy with my drama choices. This end-of-year drama review is late but it’s finally here! Better late than never, right? END_OF_DOCUMENT_TOKEN_TO_BE_REPLACED

My Opinion on From Five to Nine (5-ji Kara 9-ji Made): First Impressions

Oh, I am hooked, seriously hooked onto From Five to Nine (5-ji Kara 9-ji Made) and I’m pretty sure that this isn’t a good time to get hooked onto any drama as I should really be studying for my exams. But once you’re hooked, you’re hooked and there’s no way out. 5–>9 is such a sweet drama; it’s captivating from right from the first ep and has a very luring charm to it that one cannot resist. It lured me in right from the very first ep and now I just cannot get enough of it. 5–>9 is a drama adaption of the manga of the same name. The manga is said to have more of an arousing theme to it while here that theme has been toned down significantly to better suit TV purposes which makes sense and is actually working well for the drama as it creating balance and smooth progression for the plot.  END_OF_DOCUMENT_TOKEN_TO_BE_REPLACED 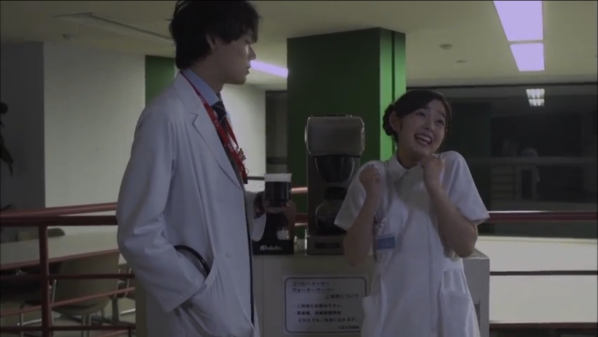 This is another joint review this time on episodes 14 ,15&16 because I have once again caught myself busy in the midst of real life and then I got really lazy in writing this post. I did manage to squeeze in some time to finish it and while the drama had a poor start, it managed to finish on a better note which is a very nice way to draw a conclusion to the story that was quite a struggle for me to even get through the middle few eps of the drama. As a sequel, I loved how flowed on from the first season visually. Whether it be the casting, the setting to even the colour tones used, it was just like that of the first season and that is something that really constitutes it as a sequel. I really enjoyed how it seemed to flow so seamlessly from the first season through to this season. END_OF_DOCUMENT_TOKEN_TO_BE_REPLACED

Japanese Dramas and Movies, My Opinion March 11, 2015 Leave a comment

Niceeee, now that’s more like it! These two eps are arguably my favourites thus far. It’s touching all the right aspects and really giving the drama the softness it was lacking. I was a bit busy last week with getting back into the rhythm of studying after a long holiday which is why I am putting the reviews for these two eps together as one. I had such a nice, warm feeling watching these two eps. It was so cute watching Kotoko and Naoki as a pair of lovers. It always urks me to call them a pair of lovers as they never really were but now I can feel happy to call them so. They need to continue with this because this is something they should have been exemplifying right from the start. The drama is based solely on their romantic relationship but has been quite hard to watch the last couple of eps. However, they are finally hitting it right and I quite enjoy watching Kotoko and Naoki together even though they are still missing some chemistry. END_OF_DOCUMENT_TOKEN_TO_BE_REPLACED

Japanese Dramas and Movies, My Opinion February 20, 2015 Leave a comment

Itazura na Kiss 2 ~ Love in TOKYO did not air last week for some reason that I did not bother to search up and instead was aired this week. Despite everything happening accordingly to its original source material, I feel like the drama is moving along at a very slow pace. It just dawdles along, making very slow movements each ep. In saying so, this ep actually walked along faster than its usual pace and was quite engaging compared to the previous few eps. There was more that came out of Naoki and Kotoko’s relationship and there was a setback which will either bring them closer together or pull them apart.  END_OF_DOCUMENT_TOKEN_TO_BE_REPLACED

Japanese Dramas and Movies, My Opinion February 10, 2015 Leave a comment 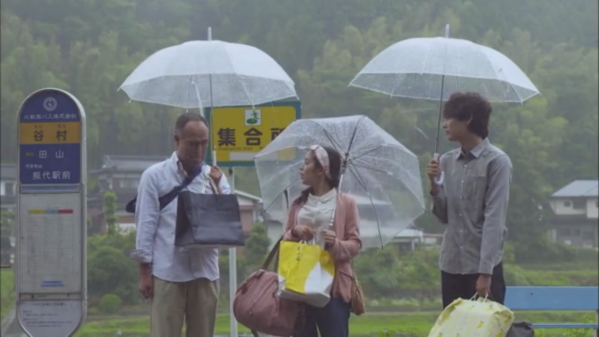 This ep was actually quite nice and picked up pace between Naoki and Kotoko as well as allowing him to get to know his wife more. This ep was all about Naoki meeting Kotoko’s extended family with a trip down to her home town. The drama is just following how the manga was set out but there’s something lacking for this drama. Something’s just not quite right. The drama is not very long; it’s just 16 eps with the eps last around 35 minutes each but the drama feels draggier and draggier with each ep and there’s not even that much happening each ep! I’m just getting less engaged with the drama with the main problem lingering around Kotoko and Naoki’s relationship, which is the heart and soul of the drama. They are the whole reason the drama exists but it’s just getting harder and harder to watch them when it is one step forward, two steps back for them. END_OF_DOCUMENT_TOKEN_TO_BE_REPLACED

I’m mashing my review for eps 8 & 9 of together since I got lazy and it’s just getting harder and harder to push out a review per ep when the eps itself are getting shorter in length leaving me with not much of an opinion to express as not much happens. I pretty much find myself repeating the same thing over and over again because there is only so much that I can express when the drama is pretty much limited in terms of direction and character development. There’s also the fact that these eps aren’t the full eps and not even close to being full eps so there are certain scenes that we don’t get to see which disrupts the ebb of flow for the drama. END_OF_DOCUMENT_TOKEN_TO_BE_REPLACED

Japanese Dramas and Movies, My Opinion January 15, 2015 Leave a comment

Kotoko and Naoki are heading it one step at a time, overcoming their obstacles as they come. They’re like any normal couple with disagreements and clashing ideas to face and like any other couple, these come as a challenge for their relationship. It weakened their relationship at first but then it strengthened their relationship, giving a strength that is so much stronger than what it previously was. The OTP have realised what they both mean to one another and are taking the necessary actions to show this because it is important for the other person to have an understanding of how one feels as it takes two to make a love story. Kotoko and Naoki’s have barely gotten the fire started in their relationship but now it’s finally igniting. END_OF_DOCUMENT_TOKEN_TO_BE_REPLACED

Japanese Dramas and Movies, My Opinion January 10, 2015 Leave a comment

Oh no, this ep was all about relationship turmoils for our OTP pushing them to breaking point. The jealousy kicked in but resulting in a negative effect rather than a positive. The jealousy is pulling the OTP apart rather than bringing them closer together. Naoki is handling his jealousy totally opposite to what one expects. Instead of putting up a game against his love rival, he is distancing himself from his wife leaving her in all sorts of confusion and frustration. Poor Kotoko who is trying her very best to remain positive of the situation despite receiving the cold shoulder from her hubby but she can only do so much because a relationship can only work with participation from both parties but not both parties are willing to participate. END_OF_DOCUMENT_TOKEN_TO_BE_REPLACED

Japanese Dramas and Movies, My Opinionn :) January 10, 2015 Leave a comment

Oh no, this ep was all about relationship turmoils for our OTP pushing them to breaking point. The jealousy kicked in but resulting in a negative effect rather than a positive. The jealousy is pulling the OTP apart rather than bringing them closer together. Naoki is handling his jealousy totally opposite to what one expects. Instead of putting up a game against his love rival, he is distancing himself from his wife leaving her in all sorts of confusion and frustration. Poor Kotoko who is trying her very best to remain positive of the situation despite receiving the cold shoulder from her hubby but she can only do so much because a relationship can only work with participation from both parties but not both parties are willing to participate. END_OF_DOCUMENT_TOKEN_TO_BE_REPLACED